Pindos Perivallontiki, MedINA and the initiative Protect Aoos “Citizens’ Movement for the Protection of Aoos River” organized an action for the protection of the Aoos/Vjosa: Europe’s last free-flowing river in Mavili sq. at Ioannina, Greece.

All organisations join forces to highlight the need for the creation of the first Wild River Transnational Park in the transboundary area of Greece and Albania, where Aoos/Vosa flows freely for over 270 kilometres.

MedINA and its partners have launched the project ‘Saving Europe’s last free flowing wild river – Vjosa/Aoos’, aiming to prevent the construction of hydropower plants that will endanger the river’s entire ecosystem, affecting the rich natural and cultural heritage of the region.

Another goal of the projects is to promote the designation of the Aoos/Vjosa River as a transboundary protected area that would form Europe’s first Wild River Transnational Park. 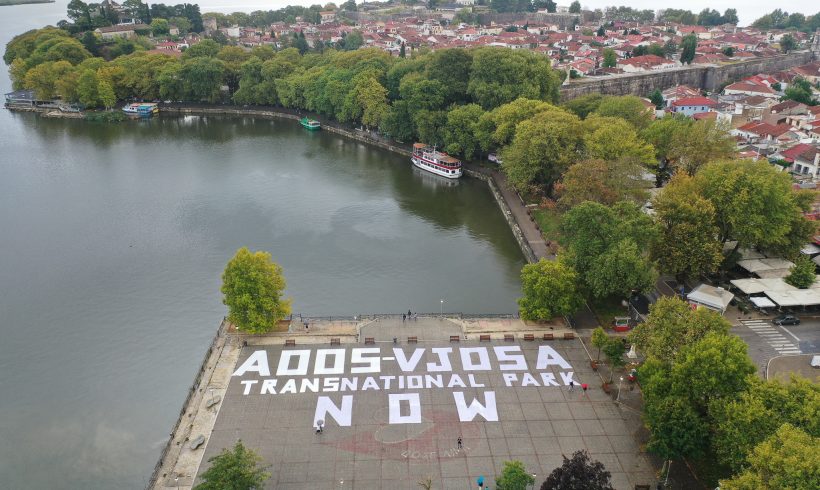