Traditional Stone-built Micro-dams project is part of the general program of the Mediterranean Islands Collective (MIC), an initiative instigated and supported by the MAVA Foundation, which aspires to develop an Action Plan to guarantee the sustainability of the Mediterranean islands. In this project MedINA collaborates with WWF Greece and the Hellenic Institute of Speleological Research (HISR). Building on the successful micro-dams project in Kythera, led by MedINA and its local partner, the Kytherian Foundation for Culture and Development in September 2020, this new project aims to scientifically demonstrate the value of traditional stone-built micro-dams and use the acquired experience for scaling up the approach and replicate it in other Mediterranean islands.

In small islands, water has always been in demand. Traditionally, local communities have used a variety of approaches to address water scarcity, like small reservoirs, wells, cisterns built in houses’ basements, etc. Among the various techniques, small stone-built dams along the riverbeds of ephemeral and seasonal streams, were common practice. The purpose of these semi-permanent structures was to reduce the water flow and collect small amounts of water that could be later used for irrigation. However, these small dams were also significant for two additional reasons:
1. Increase water percolation and enrich aquifers. Flow velocity is reduced and water is restrained in these small dams. As a result, more water penetrates in the soil.
2. They constitute small biodiversity hotspots. The shallow ponds created are small oases for the arid island systems, thus being suitable habitats for many flora and fauna, especially during the dry periods.

The project started on May 2021. During the first two months of the project we focused our efforts in finding the most suitable island and stream. Through this process, the stream of “Kavouropotamos” on the island of Paros was chosen. Prior to the selection, the necessary exploratory contacts were made with local stakeholders who showed great interest in the project and as a result a Memorandum of Understanding was signed between project partners, the Municipality of Paros and the Paros Water Supply & Sewerage Company.
During the field research carried out in the summer of 2021, 33 sites were studied for the small stone-built micro-dams that will be constructed along the riverbed of Kavouropotamos stream during the summer of 2022. 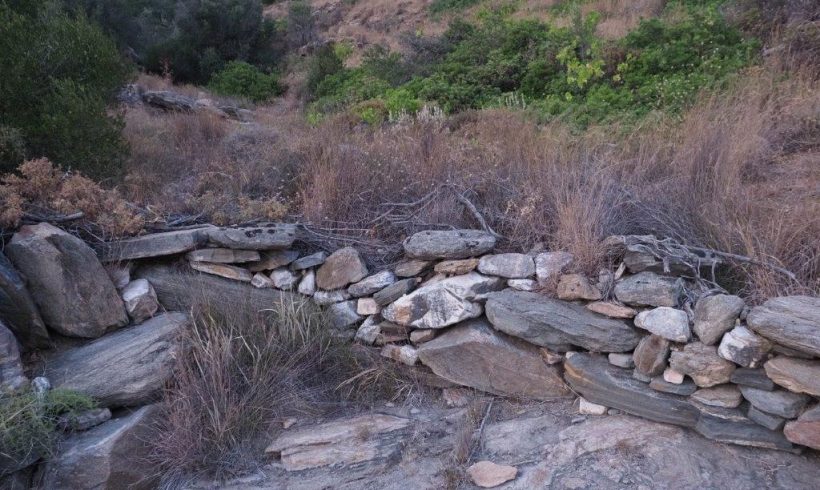 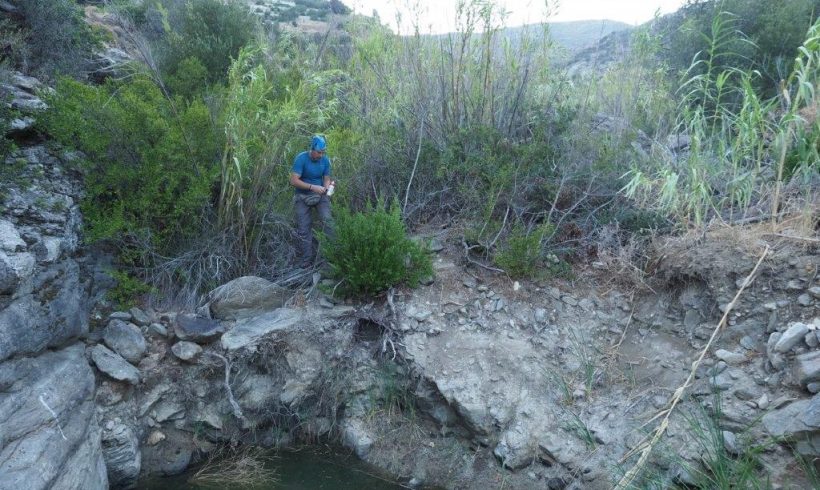 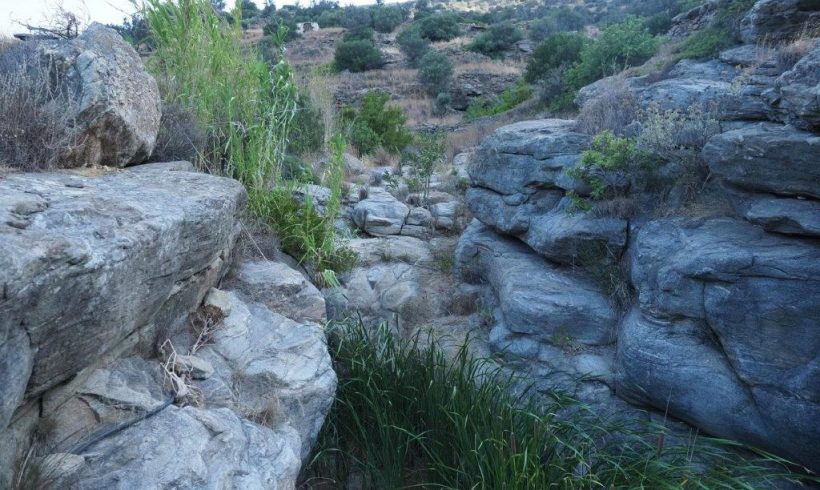 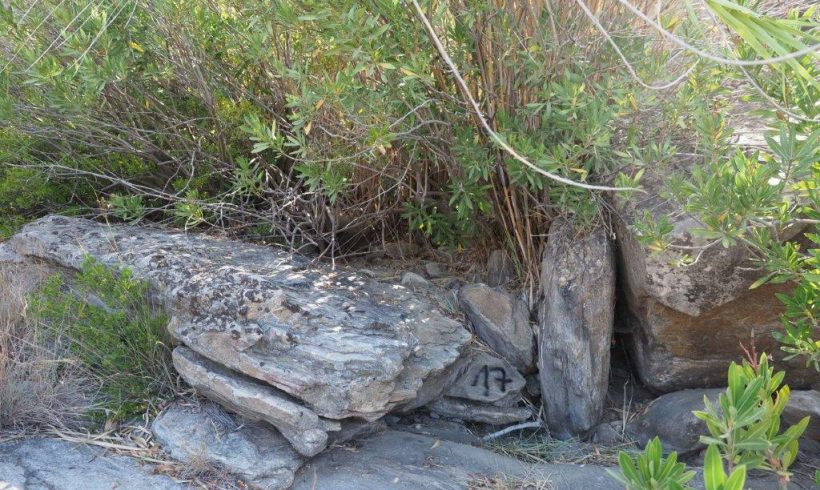 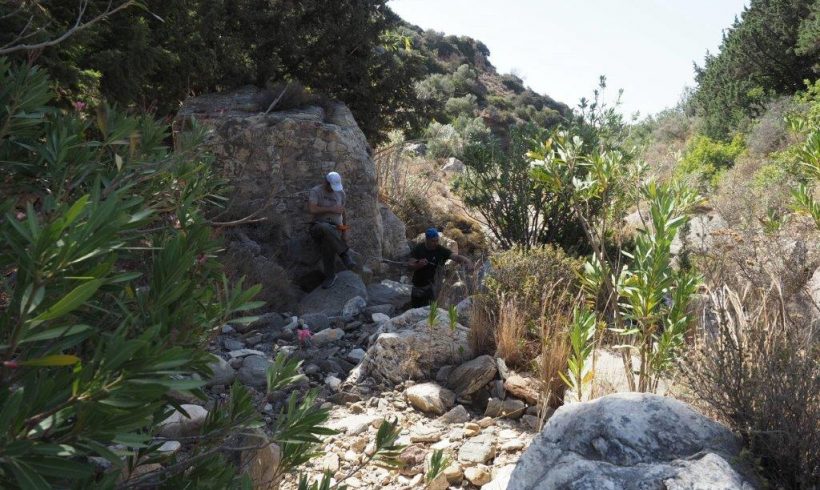 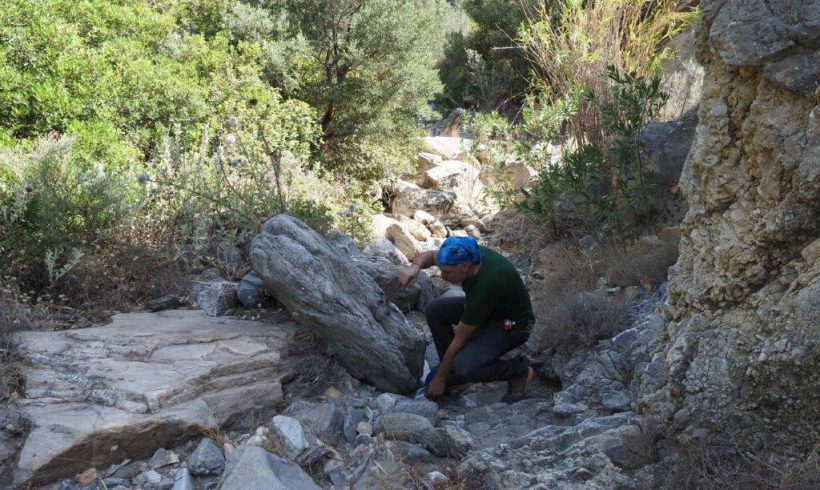 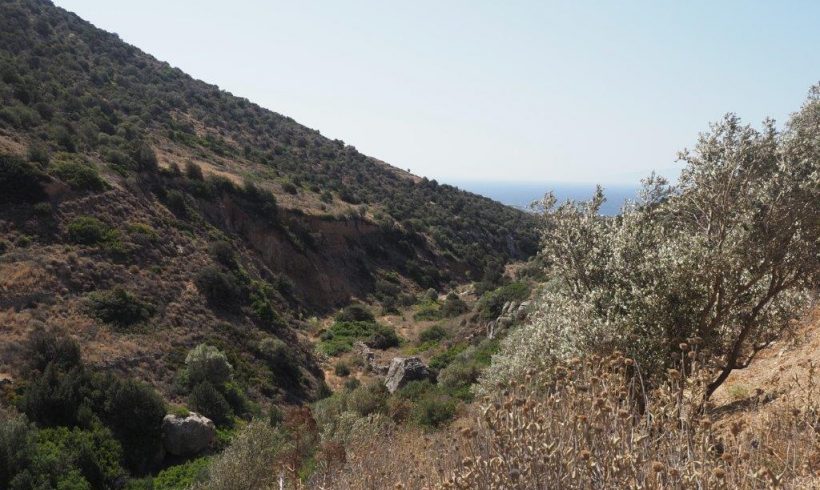 For the implementation of the project, the following activities are planned:

1. Mapping of stakeholders and making first contacts for expression of interest.
2. Study and licensing of the project, according to the procedure that has already been applied in Kythera.
3. Pre and post construction monitoring system: Impact of the micro-dams on i) the water balance of the area (monitoring the water level of wells, water flow of spring supplies, etc.), ii) the ecosystems and biodiversity (flora and fauna diversity and abundance) and iii) other socio-economic parameters (agriculture, tourism, etc.).
4. Construction and supervision of the project.
5. Actions of information and mobilization of local actors so that there will be a full acceptance of the value and usefulness of the project as well as mass participation of the local community in the construction phase. Local stakeholder engagement (citizens, local NGOs, etc.) will be achieved through presentation and other awareness activities.
6. All the phases and results of the project will be documented and published creating a replication plan, while other potential areas for upscaling will be explored.

Nowadays, and taking into account the scientific predictions on climate change impacts in the Mediterranean Basin, traditional stone built micro-dams may become once again important as a low impact solution for climate change mitigation and adaptation in water stressed islands. In addition, combining this traditional practice with modern approaches we can deal with the water scarcity challenge and aquifers salinization in small islands where the need for water due to human activities such as tourism is enormous.

Conservation and management of Greek Landscapes